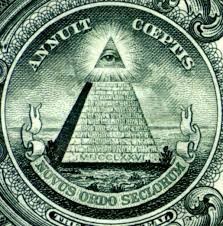 Some conspiracy theories are understandable, but others are just too far out there to seem realistic. The Cougar Claw found some crazy conspiracies that could make anyone wonder what these people were thinking.

The WND’s Selena Owens has brought herself to believe that the ice bucket challenge was a failed attempt to recruit Satanists, making them unknowingly baptize themselves with unholy water, she also believes that big celebrities that do this are the ones who lead this recruitment process because of their grip over the young demographic.

CERN is a scientist research facility where they study particle physics. But is that all they do? Researcher William Henry states that they built a collider as a “stargate” to summon God Osiris or Shiva, otherwise known as the “God of Death”. His followers point out that it is no coincidence that there is a Shiva statue right in front of the building where a they want to make the first functional teleporter.

A former World Bank legal counsel named Karen Hudes has claimed that the world is secretly being ruled by what she calls Homo capensis, a large-brained alien with a tall slender figure, she states that they rule the world by taking advantage of the worlds key financial and religious institutions to make mankind constantly fight each other with politics and war to keep the attention off themselves.

In January 2016, One Direction singer Louis Tomlinson had a baby, or did he. The Tumblr page “TheTruthAboutOneDirection.com” states that Louis’s PR team staged the baby in its entirety, so they could distract everyone from noticing that Louis was in a secret relationship with Harry Styles.

Eminem looks nothing like he used to, does he? He even makes music at a different pace, it makes him seem like a totally different person. But that’s just what he is an android or even a clone of the original, this theory is fuel for the thought that his overdose in 2007 actually killed him. Once his producers heard this, they couldn’t stand to lose this amount of money, so the made a clone of him and implanted his memories into it, but they decided to make a few changes, making him more serious with his music and making him look slightly older than before in order to keep the illusion going. Some also say he released “Rap God” after his rebirth as a clone because he felt that because he has been reborn, he feels he is a god who cannot die.

When the everyone decided the world was flat, there was one man who said otherwise, Sir Samuel Burley Rowbotham said he did an experiment, he had his friend get in a boat and sail in a straight line as Samuel watched, Samuel said if the world was truly round he wouldn’t be able to see his friend after long, but he stated he could see his friend until he reached the ice caps at the “edge of the world.” and there are still many people finding new reasons as to why the earth is flat.

NASA help America reach new heights by reaching the moon, but some say they didn’t many people say that the moon landing was faked in order to hide the reptilian government of the world who have ties to the Illuminati so that they can have a tighter hold on the world powers and have humanity fight for their amusement and that every mission after that is just the government sent them supplies so that they never need to leave their base.

Global warming isn’t true, it’s just a cover up for the US government to hide the fact that they have weapons that can control the weather and cause natural disasters. This is why every time there’s a natural disaster in America there’s always enough time to evacuate, it’s just another scare tactic by the government who has officially become a force of nature. Just think, how long has Utah been waiting for that earthquake? A few years at the least, but what if that was just a threat from the government to stay in line after a spike in protests