Athlete of the Month – Jeffery Bassa 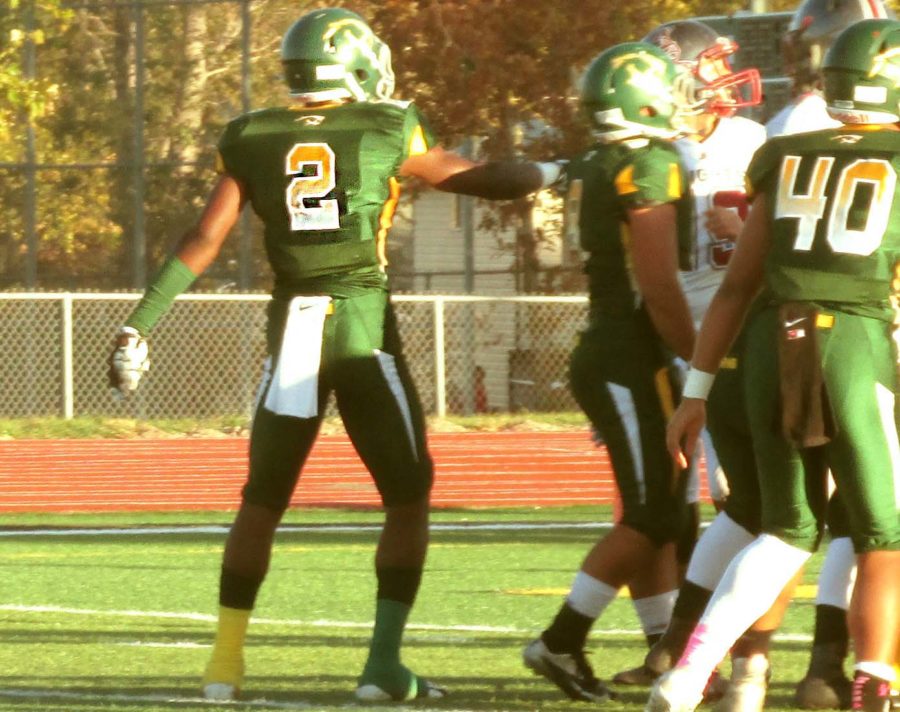 Kearns- Jeffrey Bassa, #2 on Kearns High School football team, has amazing skills as a football player which has scouts coming from all over coming to look at him and his team. Jeffrey is part of the 3% of high school football players that have received the opportunity to have his college education paid for by playing football.

Bassa has lots of support and encouragement, especially from his Coach, Matt Rickards. “He is very fun to coach because he is invested in his success as well as the success of the team” said Coach Rickards, “Jeff stands out because of his effort and his attitude while he is in training, in games and away from the sport,” Coach Rickards is more than proud to have Bassa on his team and is very excited for what the future holds for him.

As Bassa progresses, so does his career! It’s exciting to be part of a community where everyone supports one another but what’s even more exciting is having a supporting family who does nothing but cheer you on. “They are absolutely very honorable and proud of me because I’m the only boy in the family. So, it means a lot to my mom on her part” Bassa says in an interview via email. His family also includes all his team mates.

Besides football, Bassa has other interests and hobbies. He likes to play video games, but he enjoys being outside and with his friends more! As we all know school is an important aspect of the career and future Bassa has ahead of him. “He does well in class and also participates in community service,” Rickards says when we ask him about how he describes Bassa. School has always been the same for Bassa, his daily routine consists of school and practice.

Bassa has received many offers since the very start of his high school experience but the one that really surprised him was the one, he had received during freshman year since it was his first year actually playing football. “I don’t have one that’s the most exciting. I’m excited about each and every one of my offers” Bassa says after being asked which offer, he is most excited about. Bassa has been working his whole life for moments and opportunities like these ones so they all have a special part in his life.

Bassa’s career is just starting and he can only go up from here, with all the support he receives from his family, team and coaches. Although he is a Junior in high school with about 2 years left, he has so much time for more opportunities and special moments.