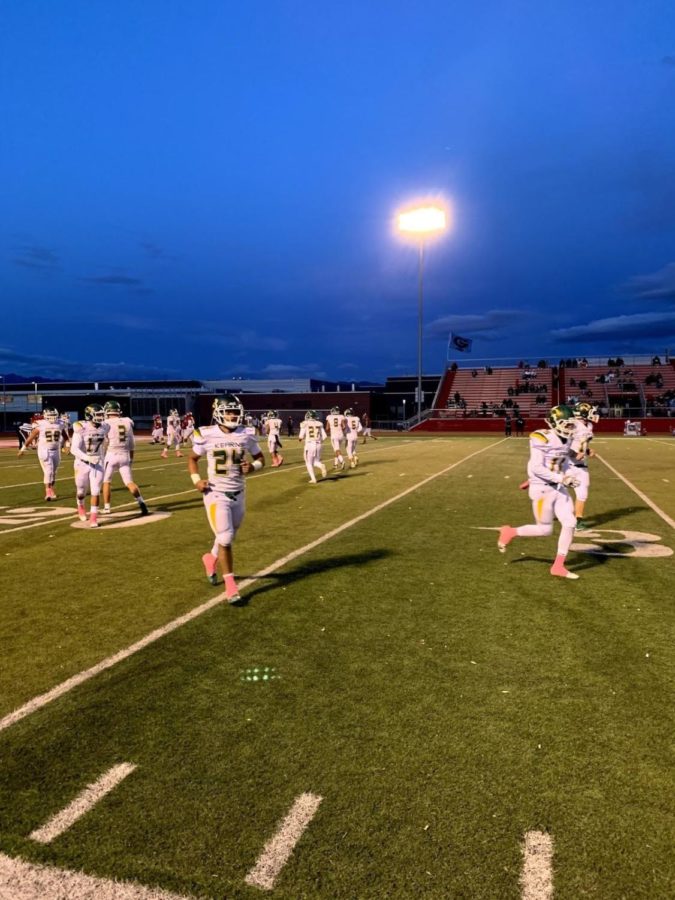 Kearns- Tanki Leha is an outstanding player and has been chosen by Coach Rickards for Athlete of the month. He has been pointed out as one of the best football players in Kearns. Leha is a sophomore here at Kearns High School and is more than motivated to play football for the rest of his high school career.

Leha has a bright future, averaging one hundred and twenty-two yards a game that’s higher than the national average. Almost one thousand yards as a sophomore, he is the fifteenth in the state of Utah. Point out that those are some awesome numbers as a sophomore.

During an interview, the Cougar Claw had gotten a chance to speak to Tanki Leha himself, asking his opinions on his performance. He is an outstanding player he is humble on and off the field he stays true to his game and overcomes any obstacle in his way. In his mind, he doesn’t think he has accomplished a lot, but it pushes him to just become a better player and put 110% effort every day.

Tanaki Leha has a bright future and he hopes to make it to the NFL, to repay his mom for everything she has done for him. Leha’s cousins, Sione and Finau inspired him to play football since he moved to Kearns from California in 2006, he moved here because of his mom’s work she got transferred. He dreams of going to BYU because he feels as if that school has what he needs to succeed in life. Leha didn’t play football in California so when he came to Utah it was his first time playing, he loves the environment at Kearns High School he has family all around him