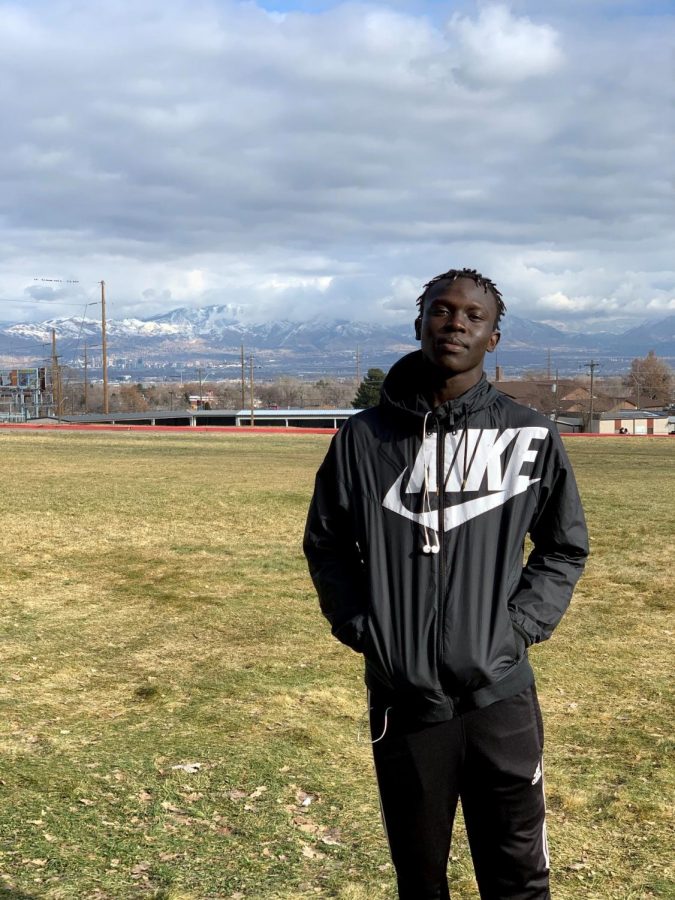 Kearns- The Cougar Claw had a chance to speak with an outstanding player from the Kearns High basketball team, Pual Wanthi. Pual is a captain on the varsity team the youngest captain on the team as a sophomore.

Pual would like to be in the NBA in his future career. Pual grew up around basketball and it is the best sport in his opinion. He can have fun and it brings a lot of energy after every good play like a crossover or a dunk. The crowd roars in excitement for the next play or because they are on the winning side.

Pual is an amazing captain; he doesn’t freeze under pressure, and he helps the team by picking them up when they are down. He is more of a helping teammate guiding the team the right way to get where they want in the season. Paul has been put in games at times where he had a point to prove and he stood up and proved a point that he belongs as a captain.

Pual’s brother helped him push and become the player he is now. Everybody around him pushed Pual to achieve what he wants in life. Pual gets the team going, sets up his offense, and helps keep the tempo up just those standards of being a captain. Pual enjoys playing basketball, he fixes his mistakes and doesn’t let that affect his game, and he takes the hit and learns from it then proceeds to finish the game.

He is a funny, courageous guy and as a basketball captain it puts him in a spot to where he is getting ready for college level basketball. He has hopes and dreams that will someday become true.