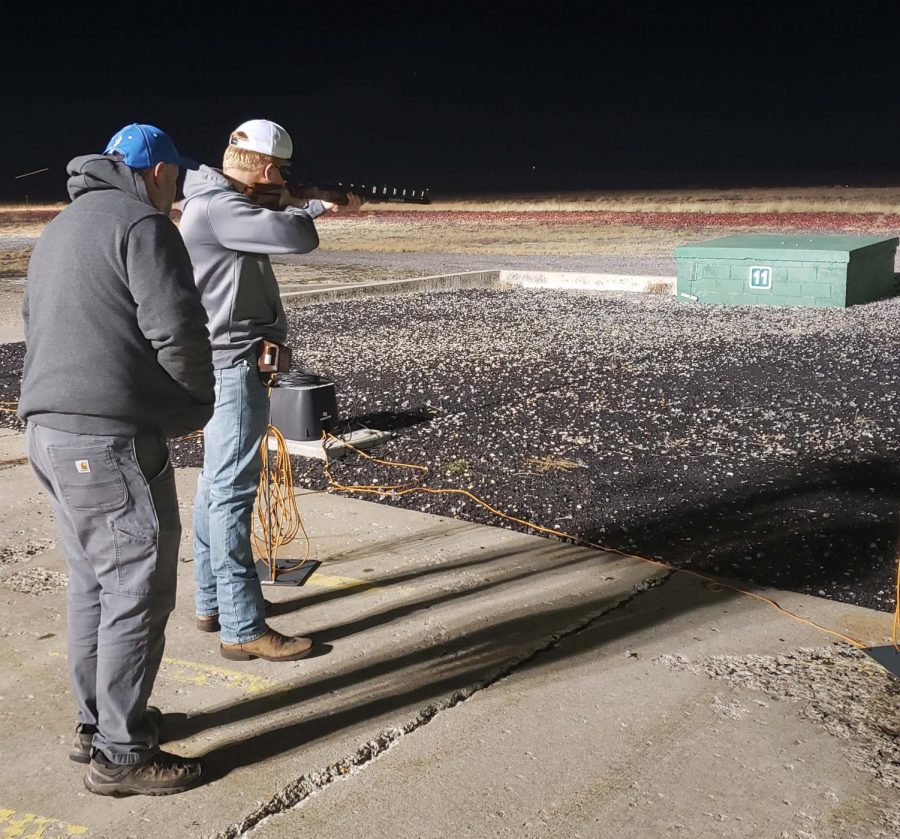 For the past seven years thoughout the country kids ages 12 to 18 have been taught to respect and safely handle a firearm. Many clubs around the country have been educating kids about how to handle a firearm and enjoy shooting. These kids are taught to shoot Trap, Skeet, and Sporting Clays.
The USA Youth Education in Shooting Sports Organization or the USAYESS is the national program for the youth shooters and the Utah Youth Education in Shooting Sports or the UTYESS is a branch of the USAYESS organization here for Utah, each state that is part of the USAYESS program has their own branch.
Riverton Shooting Club is one of the shooting clubs in Utah and Riverton has been an established club for seven years. Mike Stuart is the current supervisor of the club, and has been doing it for the past five years. In those five years, the club has shown some consistent growth with its members.
Jo Zinnel was the founder of the Riverton Shooting Club but also helped start the youth programs in the state of Utah.
“When my son was young we couldn’t find a youth shooting team. We looked all over for one, so when we found one, I wanted to make it bigger so more kids could have an opportunity to shoot,” Mike stated.
Mike and five others help him with running the club. Trent VanDam motivates the team into shooting well in their competitions. Trent Dansie, Joe Sudbury and Bobby Street watch these kids shoot and help them to shoot better by giving them pointers on what they are doing to miss the target.
Mike has many parents that help out, but two have stepped up, Matt Pendleton and Jerry Street. Jerry has been helping Mike out for three years, by scoring and giving pointers to shooters. Matt Pendleton has also been helping out the club and Mike for three years as well, helping score and throw targets.
“In the state of Utah, we currently have over 300 active members, and the Riverton Shooting Club is currently 44 active members,” Mike explained. “My shooters get some high school recognition, they learn the value of an individual along with a team sport, and they have an opportunity to pursue a college scholarship through it,” Mike stated.
Grayson Stuart is Mike’s son, and the reason Mike coaches. Grayson has been shooting since he was seven.
“I love it, the friendships, had the opportunities to get some sponsors, the All American Team. I like the whole set up,” Grayson stated.
Grayson is the face of the Riverton Shooting Club, not only because of his dad, but because of how he is as a shooter. Grayson shoots all around the nation being a part of the Amateur Trapshooting Association (ATA) which allows him to travel around the nation and shoot.
“When we started, we had about 10 kids, and only a couple of them took it seriously, as the years kept going, we’ve got it up to almost 50 kids,” Grayson said.