Dementia- How Staying Active and Social Can Help 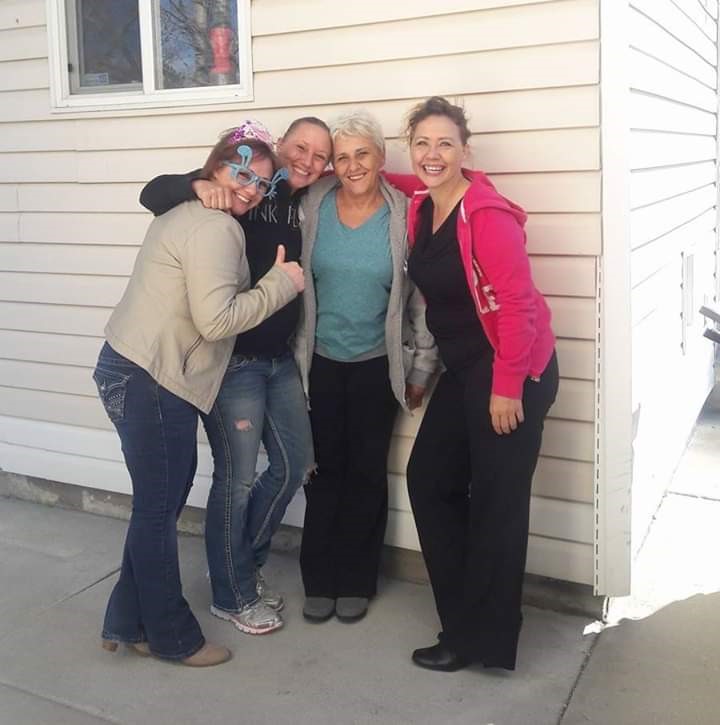 Cathleen Trease with her daughters, Claudia, Chanie, and Buffie Trease

While aging, the social lives of every person changes drastically. It has been shown in many studies that loneliness has various links to dementia disorders.
Dementia is seen in various forms, the most common being Alzheimer’s. Dementia has been linked to poor diets, lack of oxygen to the brain, HIV infection, depression and many other factors.
In a federally funded retirement and health study done by the Journal of Gerontology: Psychological Sciences, they focused on patients reporting a feeling of loneliness. The study team would follow up with those patients every two years and administer a cognitive battery test, after 10 years there was a total of 1,104 patients who developed a form of dementia.
When interviewing Cathleen Trease, woman in West Jordan, the Cougar Claw asked how she believes her social life has affected her brain health. She stated,“ I believe living in a large family has helped my brain exercise, it has benefited me to be able to contain a social life, especially in which I can have intelligent conversations.”
Cathleen later brought up friends, along with her former husband, and discussed how based off of their social lives, she found it to be prevalent that those with lasting friendships had shown lesser signs of dementia.
As a result of the link between loneliness and dementia, many care homes have made efforts to assure that there are social activities available. One of the many issues that prevents social interaction of a person diagnosed with dementia, is anxiety. When developing dementia many patients struggle with an increased amount of paranoia and social anxiety. Due to this, care homes have come up with certain activities that will encourage even those with anxiety. These activities include baking, arts and crafts, reading, and watching family videos or looking at photos.
When doing activities with a patient is important to use a soft voice, address the patient by their name, and react calmly to random bursts. In essence, keeping a social life and active brain may help symptoms of Dementia.