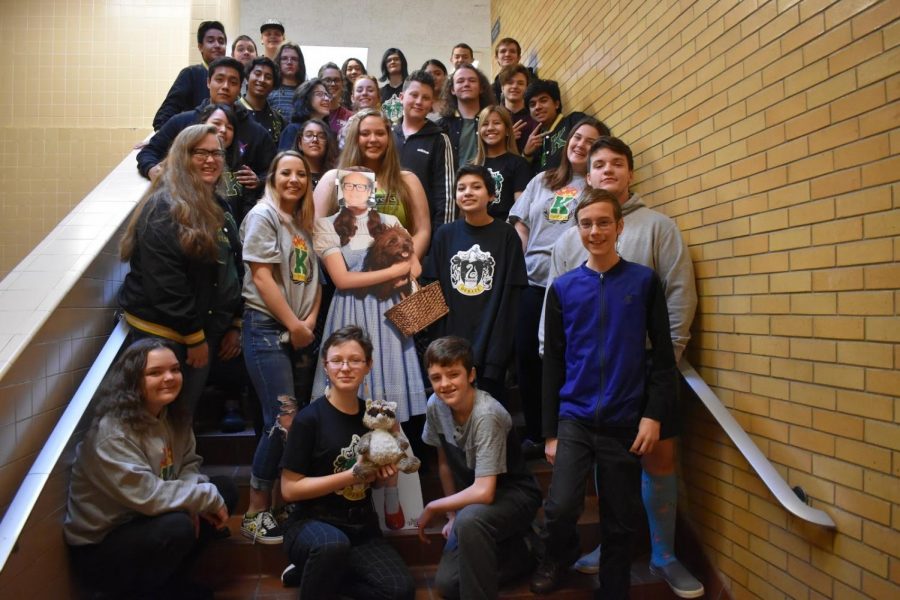 Once the bell rings at 2:10, most students hurry home,but not the debate students. They are often found tirelessly practicing in Ms. Hurd’s room. The Kearns High debate team is preparing to head to state tournaments, something that they have been working towards all year. Before the team can head to state, they have other tournaments to do first, like the Marie Clegg Tournament at Utah Valley University.

The Marie Clegg tournament is a seasonal invitational, meaning that teams do not have to qualify to compete. There will be nine events at this tournament, and everyone on the KHS team will be competing. Any school can compete, and some schools come all the way from states like Colorado or Wyoming.

The debate team has members that specialize in different events like policy and congress. Each event has a different rubric for how they are scored. A winning school will then be chosen through the sweepstakes, taking the points of each debater and add it to the overall score as a school.

The Cougar Claw had the opportunity to interview Claire Batterman, a sophomore who has been on the debate team for two years. Claire will be competing in two events at Marie Clegg informative and oratory. For her informative piece, she will be educating people on medicinal cannibalism.

When asked what event is her favorite, Claire had this to say, “Informative, because most of the other events don’t get props, so we can have visual boards and that’s always fun.”
Every year, Claire looks forward to the Marie Clegg Tournament. “I’m really hoping I make it to the final round and do well. It’s just so fun to compete in that tournament. Everything is so chaotic.”
After the Marie Clegg tournament, the debate team will be competing at the Pirate Pete Tournament, followed by the Patriot’s Pride Tournament. Afterwards, the most important tournaments come up, which are National Qualifiers, Regionals, and finally, the state competition on March 13th and 14th.

Unfortunately, Kearns High debate did not place in the Marie Clegg tournament. The winners of the tournament were Green River High School in Green River, Wyoming.