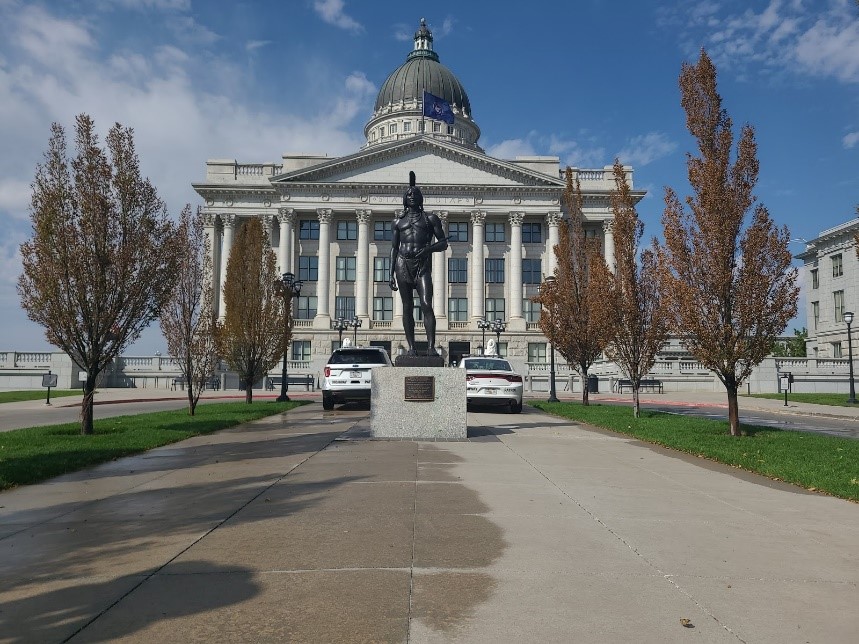 On August 11, 2020 Joe Biden announced his running mate launching the Democratic National Convention (DNC) which took placeAugust 17 to 20.
Due to the Coronavirus pandemic the Democrats turned their four-day event into a TV broadcast, which allowed people to watch from the safety of their own homes.
During the first night of the DNC, guest speakers such as Michelle Obama spoke. She closed the night speaking about what the Democrats believe and what President Trump has done with his presidency so far.
During the second night of the DNC, Joe Biden’s wife, Jill Biden, who is a life-long educator. She said “How do you make a broken family whole?”
”With love and understanding with small acts of compassion, with bravery, with unwavering faith,”
The third night was California senator and VP nominee Kamala Harris’s night to introduce herself to the nation. Harris spoke about how she stands for all women and she talks about the history of women. Harris stated that her nomination is a “testament to the dedication of generations before me.”
Harris introduced herself to the nation as a daughter of immigrants, an indian mother and Jamican father, and she notes that she is a graduate of a historically black university.
Joe Biden opened the fourth and final night of the DNC talking about the highs and lows that led him to where he is now. He talked about overcoming grief from the deaths of his wife, Neilia Hunter, and daughter, Naomi Biden, in a car crash in 1972. Decades later Beau Biden, Joe Biden’s son, suffered a brain tumor and passed away in 2015. Closing the night, Biden accepted the nomination for the Democratic party.

The Republican National Convention (RNC) took place a week after the Democratic Convention. During August 24 -27, many Republicans around the country gathered to give their opinion on what needs to change and what has changed within the four years of Trump’s presidency, whether they are trying to change it for themselves or want people to change it for them.
Night one highlighted problems that needed to be addressed, people such as Kim Klacik addressed the problem that is going on in Baltimore. Kalcik says Black Americans like herself have been taken for granted by Democrats for too long as her city suffers. To change that she is running for congressional seat representing Maryland 7th district.
The second night Melania Trump covered a wide range of topics including, Trump’s administration’s determination to find a vaccine for COVID-19, she thanked the military and first responders for everything they do, she also asked people to stop the violence and move forward.
The third night was themed ‘praising American heroes’. Texas representative Dan Crenshaw says America “is a country of heroes.” Crenshaw talked about heroism by calling out characteristics associated with the far left, such as violent protests and the call for removing statues of America’s founding fathers.
President Trump accepted his party’s nomination for the upcoming election. President Trump declared that he would keep forward in helping the US economy to be stronger and better as it was before the Coronavirus struck the US.