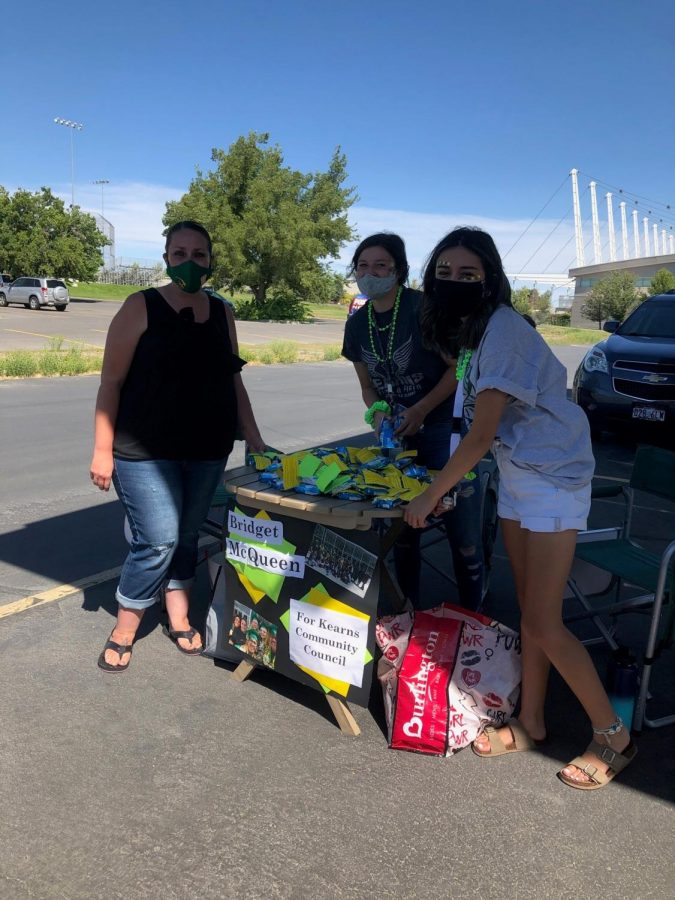 Everyone knows about the presidential election, but there is also an election for the Kearns Community Council. Bridget McQueen, a Kearns High graduate and current employee, is running for the Kearns Community Council as a representative of the qualities and values that the Kearns Township holds dear.
The Cougar Claw interviewed McQueen and learned about why she is running and what she plans to do for Kearns. McQueen stated that the council “focuses mainly on volunteer work and tries to help the community.”
She explained that she wanted to run “to be involved and help serve the community where she lives and works.” Other things people may want to know is what she plans on doing in the council, Bridget McQueen stated that in the council she would like to “Help get students involved and connect the students with the community.” She would also like to help more with volunteer work for people in need.
Mcqueen works at Kearns High school as . She has a son who attends . McQueen has lived and worked here her whole life, and values the community and the people who live here.
The Cougar Claw also interviewed Aimee Duran in order to get another person’s input on Bridget McQueen as a candidate. Aimee Duran first had Bridget McQueen as a student and they now work together in the Kearns High School Library.
Aimee Duran has worked with Bridget for four years, but they have known each other for 20 years. Duran stated, “Bridget McQueen is a fantastic candidate. She not only represents a past student but a current parent, and she also represents so many assets of Kearns High School and our community.” Aimee Duran shared that McQueen was a yearbook editor who cared about the students and wanted everything to be the best it could be.