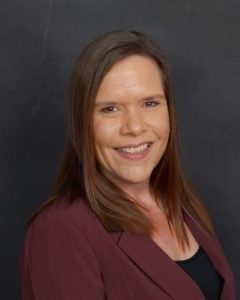 Kelly Bush just recently won the election for the Mayor of Kearns on November 5th, winning 377 out of the 544 votes cast. She is currently on the Kearns Metro Township as Chair, with Tina Snow as Vice Chair and Ruby Brown, Al Peterson and Patrick Schaeffer as council members.
Kelly Bush plans to improve Kearns by enhancing the sense of community, attracting businesses and local programs, and upgrading the township’s business infrastructure. She stated that the ultimate goal for Kearns is to become more and more independent, and work toward becoming a city.
Kearns voted in 2015 to incorporate as a Metro Township and is now home to over 35,000 residents and the Utah Olympic Oval. Built for the 2002 Winter Olympics, the Oval is best known for having “The fastest ice on earth” and holds over 100 speed skating records.
In an interview, Mayor Bush answered a few questions about her plans for the continued development of Kearns. She described her goals and what she wanted to make her top priorities, emphasizing getting more stores and businesses inside Kearns. She pointed out that 18,399 residents of Kearns’ population of about 35,000 travel outside of Kearns for work. She would like to see that number reduced, getting jobs inside of Kearns available to its residents.
She also told the Cougar Claw about keeping roads and bridges in good condition, as well as bringing in more local programs. When asked about community programs currently in effect, she mentioned the Cougar Claw and Evidence2Success, a coalition whose goal is to use evidence-based programs and community engagement to help youth decrease substance use and other problems they are facing.